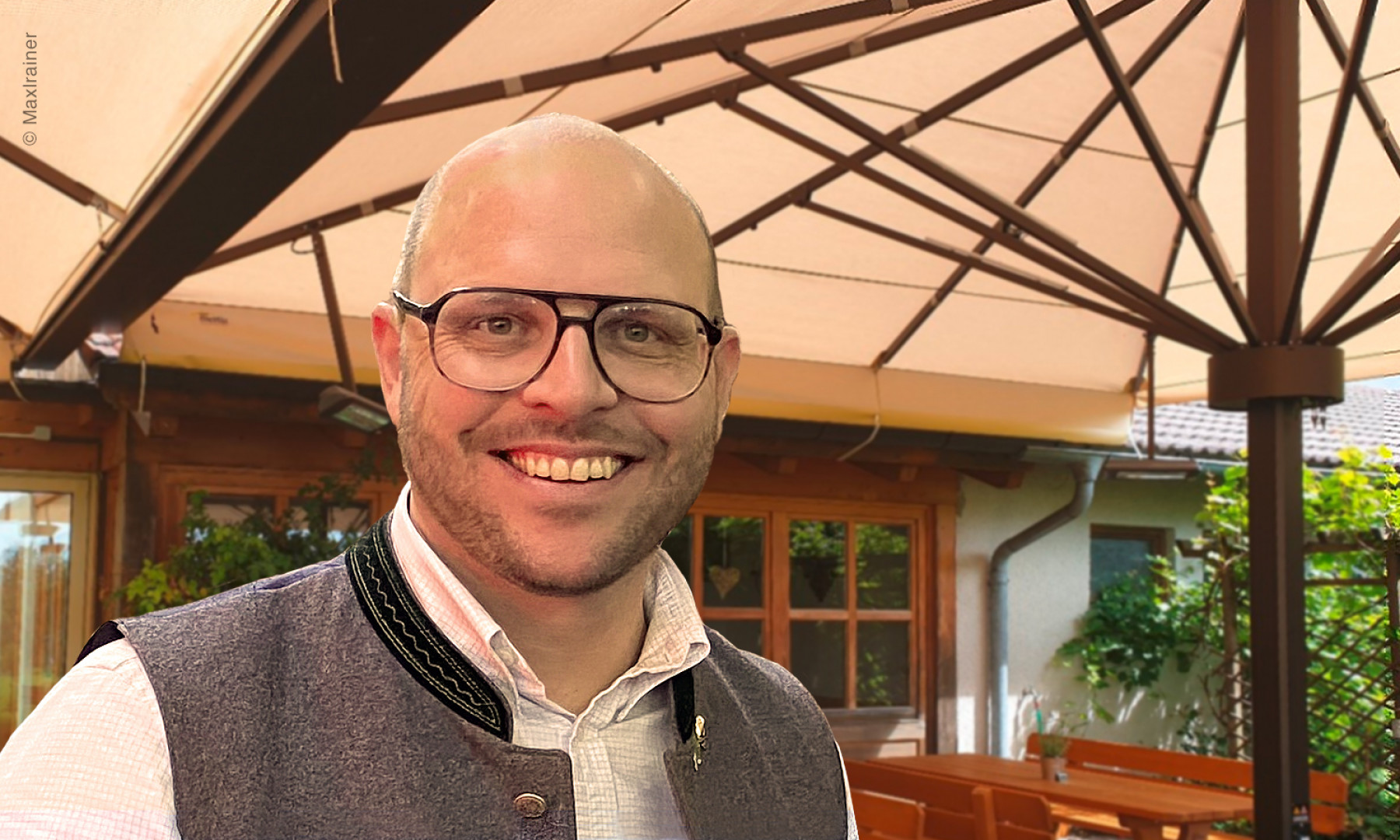 He gets around a lot in Bavaria and Austria: Anton Hoiß looks after around 180 catering establishments that often serve several of the 16 varieties of Maxlrain's award-winning beer.

Mr Hoiß, where and when did you first come into contact with Meissl?
In 2013 or 2014 at the Gastro trade fair in Salzburg. At that time, I was looking for a weather and winter proof solution for a major gastronomist who otherwise only used our brewery umbrellas.

And since then you have been recommending Meissl to others (which of course makes us very happy)?
Yes, I certainly wouldn't do that if I wasn't so convinced about the excellent quality and the great service at Meissl. And if I didn't see how the turnover of many restaurants rapidly increases as soon as Meissl umbrellas are available in the outdoor area.

Was it the same at the Kugleralm?
The Kugleralm is a classic example. This has been a traditional family business for decades and a very successful gastronomic attraction just outside Munich. Over the years, four of our brewery umbrellas have always been in use in the beer garden. But they often didn't offer enough protection when it got windy or rained a little. It is not only due to Corona that more and more people want to sit outside longer and longer, even in the transitional period. So, I recommended the Meissl umbrellas with heating to Korbinian Kugler. After some doubts as to whether it was really necessary, he followed my advice and was quickly able to see for himself how his sales skyrocketed. Since then, he has also been a Meissl fan, even recommending this solution to his colleagues! 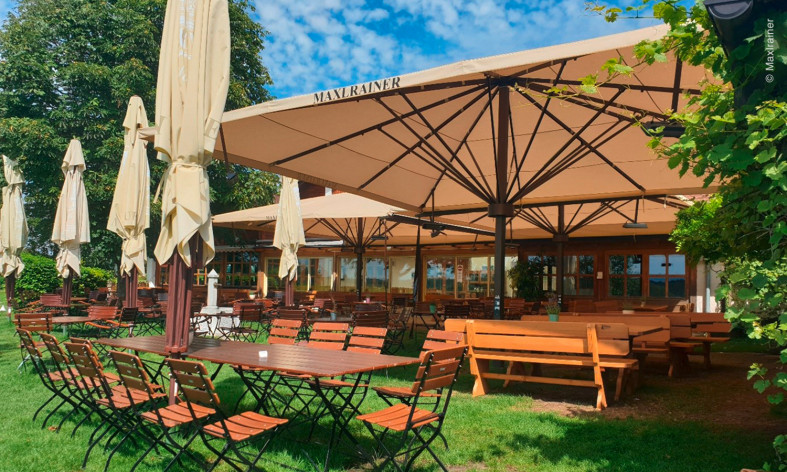 You contributed to the costs of the umbrellas at the Kugleralm. Why?
Well, the Meissl umbrellas create something like a win-win-win situation: We as a brewery win because the landlord sells more beer. The landlord wins - not only through more turnover due to more consumption overall, but also through his better image as an attractive outdoor location for almost the entire year. And the guests are overjoyed anyway, because they can still sit outside and don't have to freeze - even if the weather is not so nice.

What advice do you give to restaurateurs - when is the investment worthwhile?
Meissl umbrellas are always a much better solution than conventional brewery umbrellas, which can't really withstand wind and weather. In my experience, the costs are recovered quite quickly through the immediately increasing turnover, especially in larger outdoor areas. In my experience, an immediately measurable increase of 20 % is the lower limit. For some, it is significantly more.

We cannot thank you enough for this nice interview and for your recommendations.