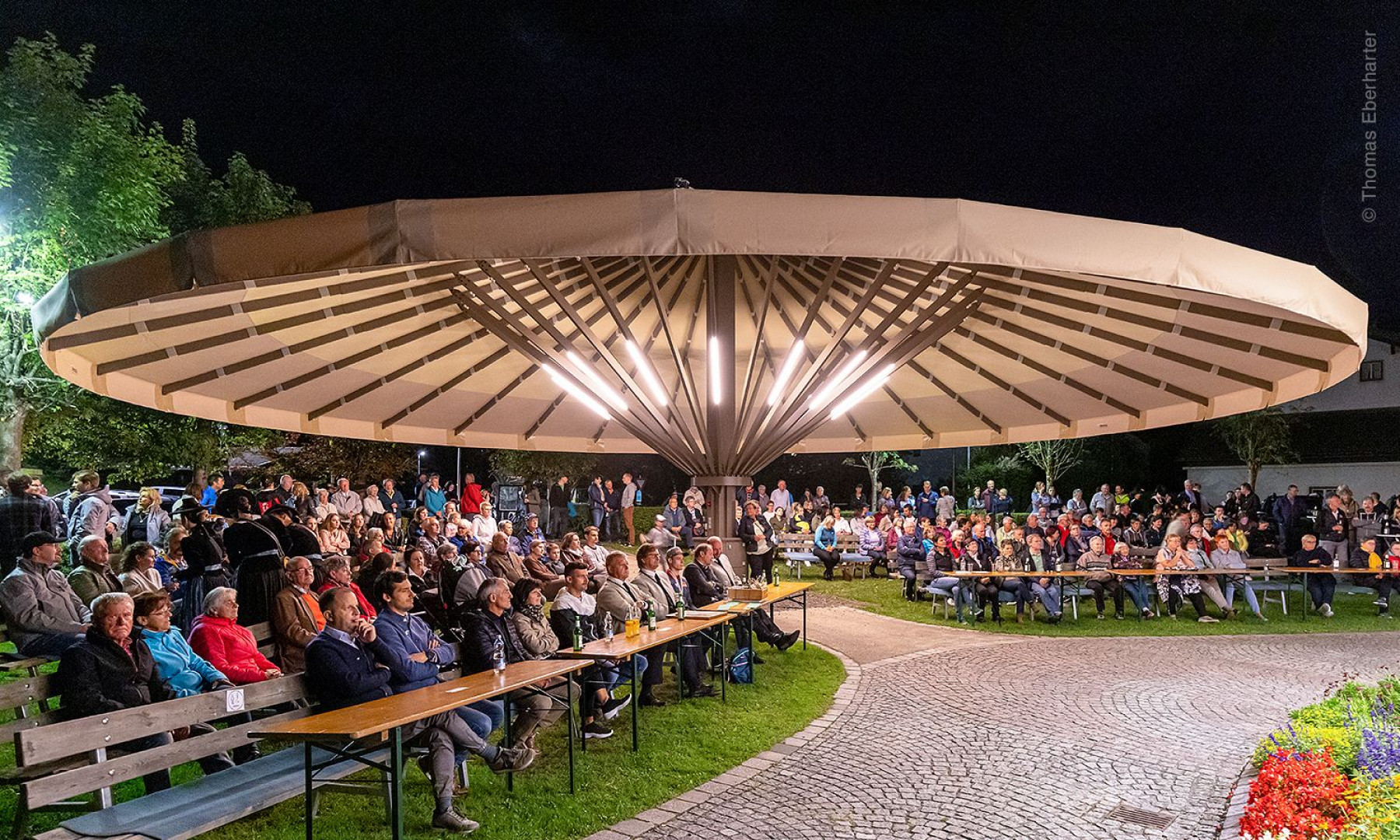 Many a "wow!" was heard when a most impressive umbrella opened for the first time in Ramsau im Zillertal. Read here why this umbrella was a really big event in the truest sense of the word.

It really is gigantic and the largest umbrella we have ever produced at Meissl: The 30-part large Meissl umbrella from the MR series measures a full 17 metres in diameter. It covers an area of around 226m2 and is a real heavyweight with its 4,000 kg construction.

The demands on this giant umbrella in the municipality of Ramsau were as high as the umbrella's peak: Not only must it be extraordinarily stable, but it must also be assembled in a statically tested and optimally prepared foundation. Speaking of assembly: The imposing and very sophisticated umbrella construction was delivered in individual parts and then assembled on site. Four strong men, a truck with an assembly crane, a lifting platform and a turntable ladder from the local fire brigade were used for this. The spectacular installation took a whole 1.5 days, including instructions for the mayor and his municipal staff on how to use it. And afterwards? The 50th anniversary of the Ramsau uniformed brass band was celebrated at the music festival, under the new umbrella of course. By the way, the umbrella is a seasonal all-rounder for all kinds of occasions, such as the winter Christmas market and if it is closed for a longer period of time, it simply gets a protective cover over it!

Would you also like to think this big on behalf of your community? We would be happy to produce such a huge event for you too.